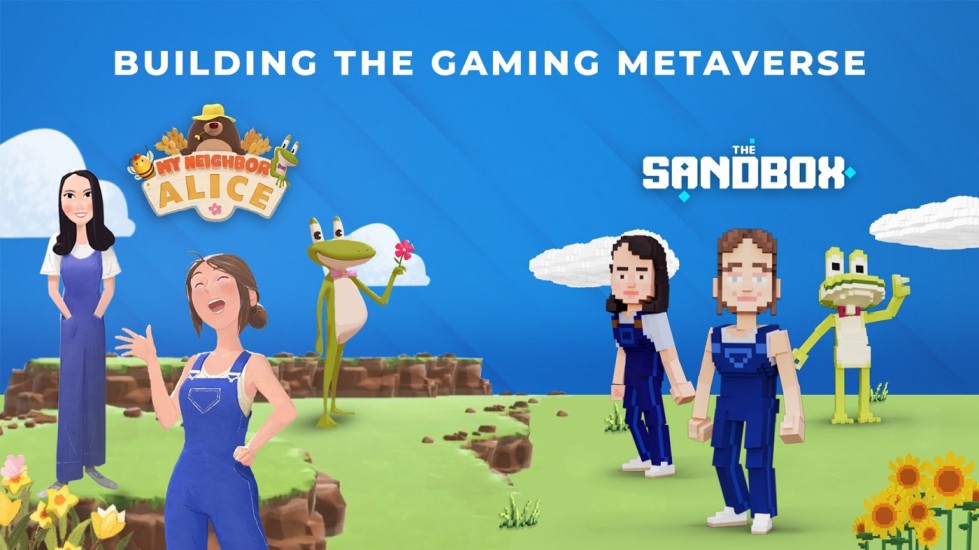 Among all the crypto coins out there, gaming coins can be a best option for investors. There are many types and varieties of cryptocurrencies that investors can choose from but crypto gaming coins are an emerging type.

Gaming coins combine two highly popular industries, crypto as well as videogames. Many online games offer cryptocurrency as an in-game currency. You can use your game’s cryptocurrency to buy characters and weapons. Many games use a “play-to-earn” model to earn crypto by completing tasks.

Blockchain gaming companies have raised $476 million in the first half of 2021. Gaming coins are a relatively new industry with great growth potential.

Note: We are not financial advisors. So, you should do your own research before you invest.

Axie Infinity is a leader in crypto gaming. Inspired by Pokemon, It’s the largest cryptocurrency game in the world and also one of the most valuable cryptocurrencies. It allows players to buy, trade, and battle the Axies.

To start playing, you will need at least three non-fungible tokens. AXS gaming tokens are one of the reasons that the game is so popular. Playing the game can bring in hundreds to thousands of crypto dollars every month. Axie Infinity will likely become one of the most sought-after names for investors as crypto gaming expands.

Decentraland, a virtual reality platform built on the Ethereum blockchain ( Crypto: ETH), offers plots of land that players can purchase and then use in their way. Decentraland is unique because it allows players to play in their way. LAND can be used to create artwork, do activities, or do digital tourism. Decentraland also features Districts, which are communities that focus on specific themes. Aetheria, for example, is the largest District, and it’s based on the cyberpunk aesthetic.

MANA, the native token for Decentraland, is used for in-game transactions like buying LAND. It is also a governance token that gives holders voting rights. Decentraland is still developing its user base and has hundreds of monthly users.

The Sandbox allows users to create 3D game worlds using visual scripting tools. The Sandbox’s digital real property, LAND, allows players to make and store games. The Sandbox can be powered by SAND tokens which are used for in-game transactions such as purchasing equipment and LAND.

There are only a few available LAND plots. Only 166 464 of these plots will remain, while others have been sold for more than $50,000. The Sandbox is a multifaceted partnership that has helped grow its user base. Atari is collaborating with Sandbox to develop virtual theme parks.

Enjin Coin offers a different method of investing in gaming currencies. It doesn’t have to be used with a specific game on the blockchain. Enjin Coin can be used with a wide range of games.

Enjin, the company behind this cryptocurrency, sells software development kits.

These kits are available to developers for creating digital assets like in-game currencies and special items for their blockchain game. Enjin can store inventory for players who use its wallet.

Enjin Coin must be locked into a smart contract by developers when they create digital assets. This ensures Enjin’s assets have real-world worth.

NFTs are common in many of the most popular blockchain-based games. Yield Guild Games is an independent organization that seeks to maximize the value of investing in NFTs for use in various games, including AxieInfinity and The Sandbox.

It does this by renting or selling NFTs. This allows owners to make money and other players to rent or buy their NFTs. Yield Guild Games can help you sell your Axies (the creatures used in Axie Infinity). You could then rent out your Axies to another player in exchange for a part of the game’s profit.

Yield Guild Games will be a new project that launches in July 2021. The project’s price rose by nearly 550% in the following month. However, its value dropped more than half. Yield Guild Games, an NFT-based blockchain gaming platform, has a clear application case. If the industry grows, it could prosper.

My Neighbor Alice is a blockchain-based multiplayer farm and builder game. The game allows players to buy land and then farm it. They can also buy animals from the market. It is lighthearted and will be reminiscent of Animal Crossing. ALICE tokens act as in-game currency. They can be used for market purchases, and players can earn ALICE tokens by completing quests. Token holders also can stake crypto and receive rewards.

My Neighbor Alice, one of the more risky crypto games, is worth your investment. After the release of ALICE tokens, their value fell significantly. The game is still in development, so it’s impossible to know if it will succeed. This is another gaming currency that could be very successful, although it’s not yet out.

Illuvium will be launched in 2022. It is an open-world role-playing game (RPG) that combines Final Fantasy and Pokemon elements. Players play Hunters and encounter Illuvials while exploring. These Illuvials come in NFT form and can be captured to store in your wallet. Because this is a win-to-earn game, players will earn Illuvium tokens for winning tournaments or competitions.

While Illuvium has been likened to Axie Infinity in many ways, there are some major differences. Illuvium is 3D, with an open world and a story mode, unlike Axie. If it lives up to the hype, it may be the rare crypto game that also connects to traditional gamers.

Illuvium’s market cap and price have increased significantly in anticipation of its release. Before you invest, consider that it’s already been increasing in price. Illuvium is worth your attention to see what gamers think about it when it comes out.

Should you buy Crypto Gaming Coins?

Gaming coins, even crypto, are a risky way to invest. Numerous have experienced extraordinary success in 2021. This is whether it will be a long-lasting trend or if it is just a fad. Cryptocurrency stocks offer a better alternative to gaming coins.

If crypto gaming interests you as an investment option, it is important to follow the traditional advice of researching. Because gaming coins are new, there isn’t much experience yet. Make sure you take the time to find out more about them and their goals to make an informed decision.