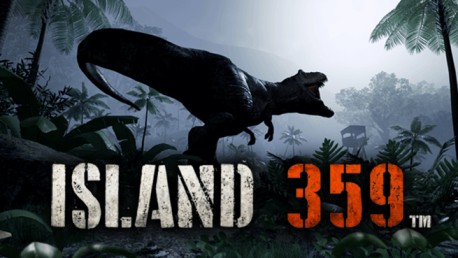 VR/AR is the future and there’s no doubt in it. We are just entering into the era where these technologies will become normal for all of us. Today, Virtual Reality games are getting more popular than casual games. If I talk about VR games, one commonly searched category is Dinosaur Virtual Reality games.

So, I decided to find some best Dinosaur games and below is the list.

Have you ever felt like you were born in the wrong generation? What about the Mesozoic age? With these 8 VR games, you can travel back to when giant lizards walked on the Earth.

On our first list of best Dinosaur Virtual Reality Games, we have ARK. In this game, a man or woman is left naked, starving, and freezing on the shores of a mysterious, unnamed island called ARK.

You must hunt, harvest resources, and craft items.

Your cunning and resources will allow you to kill or tame and breed the leviathan’s dinosaurs and other primal creatures that roam the land.

You can also team up or prey upon hundreds of other players to survive, dominate, and escape.

Robin, a little boy from Tyson III, is left behind when the Esmeralda crashes into Tyson III. To survive, Robin must rely solely on his wits (and HIGS, the AI companion aboard the ship). Robin realizes that Tyson III isn’t the paradise he was promised.

We will take you through time-space and explore the Mesozoic Dinosaurs and other creatures from that era. To see the enormous dinosaur fossils up close, you can land on a VR dinosaur world to view the largest, fastest, most fearsome, and most powerful dinosaurs.

The App contains three episodes. The first episode covers dinosaur evolution. We will compare the strength of different dinosaur bite forces’ strength, size, and speed. The second episode discusses the extinction and introduces early mammals. The third episode is a VR dinosaur museum that you can freely visit.

You get off the chopper, step into the scorching heat of the jungle, grab your gear at the loot box, and then head off in search of fame, fortune, or prehistoric beasts.

You know you have the ability to take out dinosaurs, even though nobody knows the reason why they are here. You have been hired as a freelance mercenary to kill these creatures.

The good news? All checks have cleared. Virtual Reality survival game Island 359 is available for HTC Vive. As they explore the island’s dangerous terrain, players will have to use all of the guns, knives, and upgrades available to survive the hordes of dinosaurs. You’re a mercenary. The money won’t be of any use if you die.

Jonas and Amy are twins who just found a puppy. Rukus knows a magic secret that will take Amy and Jonas to a new place.

Raising Rukus has it all: thrilling, inspiring, and breathtaking. You can select which character’s story to follow by simply gazing with your eyes. Enjoy a thrilling roller coaster ride through prehistoric times! Enjoy the ride along with Amy and Jonas as the river propels you, dinosaurs chase you, and Rukus delights.

You will manage and build a frontier settlement in an area where the wild west meets the Jurassic.

Dino Frontier is a simulation in virtual reality where players take on the role of Big Mayor. They must balance their resources to grow their town and survive bandit attacks. Wild dinosaurs can be a danger to the land and a tempting asset.

You will find 10 different herbivore and carnivore species waiting for your discovery. These include Pterosaurs. Tyrannosaurs. Stegosaurus. Ankylosaurus. Parasaurolophus. Velociraptor. Triceratops. Elasmosaurus. There are also giant spiders, dragonflies, and snakes.

Jungle Dino VR was created with the most recent 3D technology. It can portray dinosaurs in VR as realistically as possible. You can experience extinct dinosaurs at your leisure, whenever and wherever you’d like.

Apatosaurus allows viewers to experience the sensation of being near a live dinosaur. This VR Experience allows them to feel the connection and the combination of fear, wonder, and beauty that it implies.