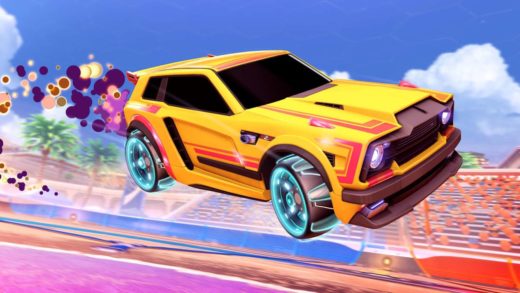 Rocket League, a game that was released back in 2015, still continues to gain popularity even after 6 years. In between, there was a drop in Rocket League players but now, we are observing growth in it again.

Talking about the Rocket League, there are many vehicles in it. Each vehicle comes with a specific ability. But there’s one vehicle that everyone is a fan of. It is Fennec. It is popularly known as the car of choice and it is also the best alternative to octane.

Although it’s popular, most players still struggle to get the Fennec Rocket League. However, we have made an article about it and will tell you about Fennec and how you can get it?

How to Get Fennec in Rocket League?

Previously, both keys and crate were required in Rocket League. You never knew how many crates keys/crates were used for the import of Fennec. However, today, there are few ways of getting the Fennec in the Rocket League.

In this method, you are required to make a Fennec with blueprints. Blueprints and Rocket Credits can be used to purchase products.

As with previous Rocket League pool crates, you still have the option to acquire random Blueprints by continuing your gaming sessions.

Although it is time-consuming, this method is by far the easiest and cheapest way to unlock a Fennec.

Rocket League comes with a trading system where you can swap equipment. Trading in Rocket League is also one of the best ways to get Fennec. But you should make sure that the price of importing Fennec changes in different seasons. For example, you may find it expensive at the end of the year and it can be cheaper in the middle of the year.

Also, you can browse various websites on the internet that have a database for the current price of Credits. If you are lucky then you will be able to trade your items with other players as well.

You may encounter an Import Fennec in the main menu of Rocket League. For this method, you must have enough credits in your account for redemption. You can get credits by purchasing item packs, outright, or leveling up your Rocket pass.

Apart from it, Fennec in Rocket League is valuable. If we talk about the Fennec in basic colors, then it will take fewer credits. But white titanium Fennec is more valuable and needs more credits.

Is the Fennec good in Rocket League?

As already discussed, there’s one vehicle that everyone is a fan of. It is Fennec. It is popularly known as the car of choice and it is also the best alternative to octane.

What car is Fennec in real life?

The Fennec in real-life matches the look of Lancia Delta Integrale.