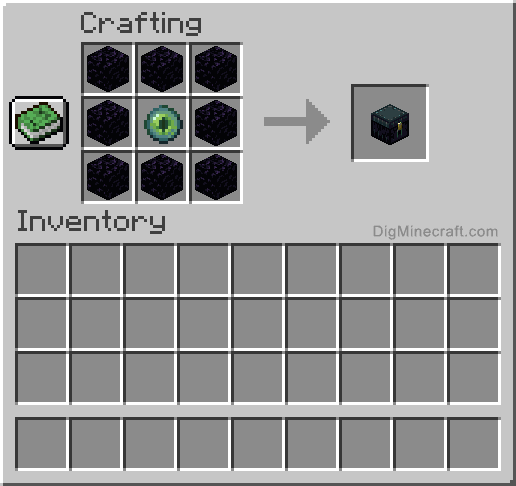 So let’s get started with how to make an ender chest in Minecraft. Follow these steps and get one ender chest for yourself if you require one.

Materials Required in the making of Ender Chest

Firstly you need to get the material that is required in making the ender chest. So in order to get the obsidian, you need to follow these steps. You know that obsidian can be mined at the places where water meets lava. This means that you can also create the production of obsidian on your own. All you need is a bucket that you need to scoop up the lava and then you need to dump it into a four-block pit.

Then you need to pour the water as it will flow from the lava from a certain height. When you will do this then the lava will turn into obsidian. You can mine that obsidian with a diamond pickaxe. You can acquire this at the Nether portal or you can form this on the platform in the end region that is created every time you will enter the End.

How to Make an Ender Chest in Minecraft

In order to make an ender chest, you need to place eight pieces of obsidian that should be around the outside perimeter of the crafting table and then there will be one empty space in the middle. In the center of the grid, the empty box needs to be filled with the eye of ender to complete the crafting process. In the last you need to click on the ender chest in order to collect the block out of the crafting table and then you can drag it to your inventory.

Also, you can place anything in the ender chest according to your choice. You should put major items in the ender chests such as emeralds, enchanted tools, diamonds, and armor. You can also keep a stack of food in your ender chest too if in case the other chest are destroyed somehow so you need not to run out on food and you will have a backup for that.