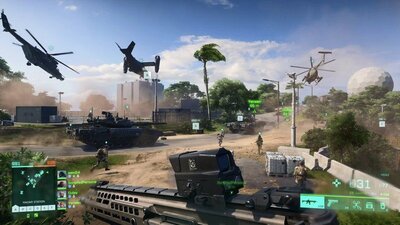 Also Read: Is Diablo 2 resurrected crossplay? Does it feature cross-progression?

If you’re playing on PS5 or Xbox Series X you can still play with your friends on PS4 or Xbox One – you’ll just have to download the appropriate version and play it instead of the current generation game.

Is there cross-progression in Battlefield 2042?

Battlefield 2042 features full cross-progression across all platforms, including the ability to cross-progress purchases. Any purchase you make will be transferable to a different platform should you choose to upgrade from the old generation to the new generation.