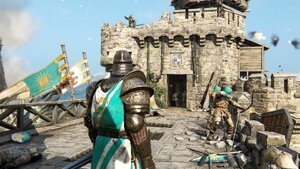 For Honor is the most popular game among players who would want to test their skills in combat in Tyrion Lannister’s position. The medieval action-fighting game has been played for over five years, and the absence of crossplay support is among its flaws.

Despite being accessible on multiple devices, For Honor wasn’t crossplay compatible, which meant players couldn’t play with their friends on other gaming consoles. However, this is about to come to an end since Ubisoft will release new updates to allow the game to be cross-platform compatible.

On 17 March, Ubisoft will roll the first phase for For Honor’s crossplay function. The initial phase of the merger will bring together a pool of matchmaking players from PlayStation, Xbox, and PC players. Each platform had its matchmaking pools previously and this meant that finding matches might be more time-consuming in some cases.

Since the matchmaking pools are merging with the matchmaking pools, users will now be able to discover games quicker, but they’ll still have to play a few games to adjust their scores. The second phase of the operation will allow players to play with your friends on different platforms in For Honor.

The game For Honor is likely to be fully crossplay-compatible before the end of 2022. Ubisoft is reiterating its dedication to allowing cross-platform play on its games in the future.

They also declare the Ubisoft Connect lays the foundation for the games and services offered by the company to provide all of these capabilities and will become standard in the future. Anyone eager to know more can contact Ubisoft directly via Ubisoft assistance.