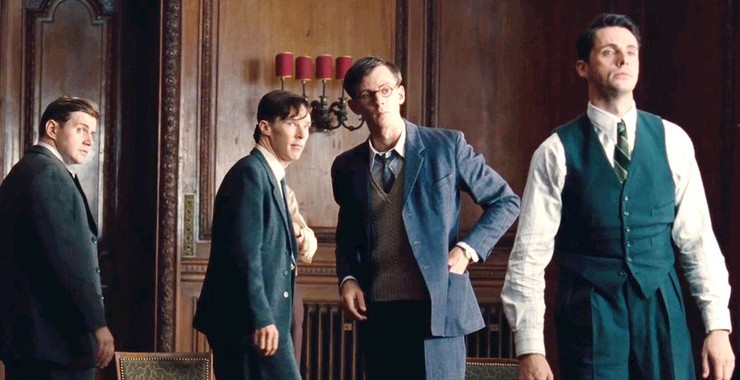 The film 2014 The Imitation Game tells the fascinating account of mathematics professor Alan Turing and his team of codebreakers whose efforts were vital to British efforts during World War Two.

The film, which stars Benedict Cumberbatch and Keira Knightly is about the race to crack the codes produced from The German military’s seemingly invulnerable Enigma machine.

The film, however, does not provide a 100% accurate history of the time by inventing fictional characters, changing the chronological order of events, and adding conflict to entertain the audience.

What’s the real motivation behind the film and the characters?

Who was Alan Turing?

He was a crucial player in this British army’s battle efforts because he was able to create an instrument equipped to decode encrypted German communications.

The end of the war, Turing was awarded the OBE for his work on breaking codes however, in his private life, he faced many challenges.

Turing was a homosexual in the era when homosexuality was a crime, and in 1952, he was found guilty for “gross indecency” and sentenced to probation , which involved chemical castration.

The breaking of Enigma

The film concentrates on the group responsible for the cracking encryption of German messages But what is the truth of its depiction?

The machine that breaks the code used in the film is named “Christopher” However, in reality, it was known as the Bombe.

The name is derived from an older version known as the Bomba one, which was invented by Polish cryptoanalysts.

The previous version became obsolete when German operation procedures had to be altered.

Turing’s group designed a similar but completely different machine to break codes, which throughout the war was able successfully to decode thousands of messages intercepted every month.

In the film, it is believed that Turing was the only creator of the machine; however, in reality, the mathematician Gordon Welchman, who is not featured in the movie, worked with Turing to create the machine.

What tragic scene was cut from the film?

The Imitation Game screenwriter, Graham Moore, revealed one of the most tragic scenes depicting Turing’s death removed out of the movie.

One year after having a chemical castration to “cure” the homosexuality of his partner, Turing died of cyanide poisoning. The cause was determined as suicide.

Instead of showing Turing in the final moments in his journey, this film closes by showing him suffering from the treatment.

Also Read: Where Was Everything Everywhere All at Once Filmed?

Is the story of The Imitation Game True?

The character of the detective in the film and the interview that is depicted are fictional. Turing was scrutinized for homosexuality following the robbery of his home but never for spying. The notion that chemical castration had made Turing in a state of confusion made him unable to think or complete any work.