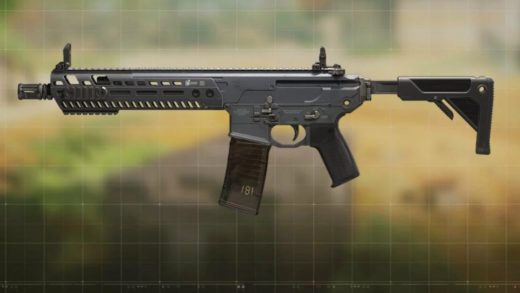 In season 2 of Warzone, the M13 began its comeback after a new discovery of loadout by YouTuber Jack Frags.

Talking about the M13 gun at Modern Warfare, it was a popular weapon. But sometimes, it surpassed the power of the M4A1 and MP5.

In the warzone, the M13 Assault Rifle has always received praise for its trustworthiness and clean iron sights. Its short-stroke piston system helps in keeping a higher firing rate and lower recoil level.

This gun gets unlocked at level 39. After that, it becomes one of the favorite guns in the game. But only if equipped with the appropriate attachments.

We have made a proper M13 Warzone Loadout for you so that you can benefit from the full power of it.

With the right attachment combinations, the M13 can easily compete with other powerful things like GRAU 5.56 and Kilo 141.

You should equip these below-mentioned best attachments before joining a match.

As a monolithic suppressor provides superior silence and higher damage range, it is important to equip it in M13. It will give you the ability to move quickly and easily while you hold your gun.

You will see a noticeable change in M13 once you equip this attachment. The Tempus Marksman barrel will provide you with the most heightened impact on your recoil. Apart from it, it also increases damage values.

Underbarrel attachment is used in Call of Duty for such weapons whose recoil is really hard to control. For under-barrel attachment, use Commando Foregrip as it slightly reduces horizontal recoil but doesn’t slow your ADS(Aim Down Speed).

Due to the high fire rate of the M13 gun, it is necessary to attach 60 magazines to it in order to maintain a sustained fire rate without the need for regular reloads.

The optical choice is a personal preference. You can attach the best optical accordingly. But there’s one VLK optics that is recommended. This VLK T-Pose reticle allows a gamer to quickly remove the target with ease.

This combination of attachments will keep a higher damage level even when you are engaging the target over long distances. Also, By equipping these attachments, you will see your M13 turning into a deadly automated sniper.