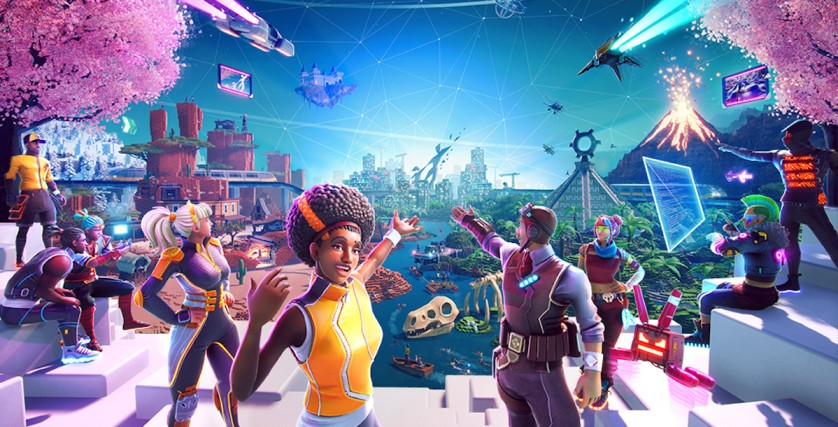 As per facebook’s October announcement, it was expanding its embrace of the metaverse and changing its name to Meta caused a storm. Although experts agree that the metaverse is many years away, many are still asking what the term means.

Is the Metaverse the Future for the Internet?

The metaverse is a new way for people to interact on the Internet. It aims to change the way people communicate with one another.

“In theory, we’ll be able to move from one virtual world to another in the metaverse, but we’ll be wearing virtual reality goggles or maybe augmented reality.”

The metaverse could use virtual reality or augmented reality to transport users into an alternate reality. Companies like Meta are still working on the technology, and they say that they are constantly improving their devices. One such device is Meta’s Oculus Quest. It is now in its second version.

Ratan stated, “When you’re in the metaverse when you’re in a virtual reality headset, you will feel like you’re sitting in a room with someone else who can see you, who can see all of your nonverbal gestures, which you can respond to and mimic,”

It is not new to create virtual worlds or immersive worlds online. Roblox, Grand Theft Auto Online, and Minecraft have all created virtual worlds. Meta announced last October that it intends to develop virtual homes, workspaces, and experiences for everyone.

Ratan stated that the metaverse is social media, but not gaming. “The new metaverse was created to support all types of social interaction.”

Although there is a lot of excitement surrounding the idea of a metaverse, Ratan stated that it is still many years before this vision becomes a reality.

Ratan stated, “People are building it in slow bits and pieces,” “We don’t know how people will use the metaverse.”

Experts agree that companies should be prepared for any changes.

Arun Maini, an English tech YouTuber with more than 9 million subscribers, said, “I think no one knows exactly what shape it’s going to take, but they need to make sure that they’re at the forefront of it.”

Companies could reap the benefits of a virtual universe in which everything is supported and controlled by codes. There are endless opportunities, and this change is already happening based on how Americans live a digital lifestyle. Walmart earlier this month said it would enter the virtual world to provide currency and allow customers to purchase and sell NFTs.

Brian Cooley, CNET Editor-at-Large, stated that Metaverse technology would become concrete, tangible, and sample-able over the next five years. It’s going to be amazing, but it will also have multiple flavours.

A Pew Research study conducted in March 2021 showed that 31% of Americans were almost always on the Internet, and 79% were online multiple times per day. Maini stated that the latest patterns indicate how people are shifting away from physical goods to virtual ones based on their time spent on apps or games.

However, it could take a lot of effort to make this world a reality. The cost of high-speed broadband access is still prohibitive for many Americans. Maini said that the hardware is becoming cheaper and more accessible with new technologies.

Maini stated that “Like every day, the promise of this virtual land is increasing. So like a person’s willingness to pay is going up and up and up. And if at the same time that hardware is getting cheaper, there probably will be a point where there’s like mass adoption,”

The demand for innovation is high. Meta announced that it is building an AI supercomputer. It described it as a building block towards achieving the vision of a Metaverse.

Meta stated in a statement that the AI Research SuperCluster (or RSC) would assist Meta’s AI researchers in building better models that can learn from trillions of examples; work across hundreds of different languages; seamlessly analyse text, images, and video together; and develop new augmented reality tools.

The statement said that RSC’s work would eventually lead to creating technologies for the next major computing platform, the metaverse. This is where AI-driven products and applications will play an important role.

Meta continues to For alleged harmful effects; you will be under scrutiny. It is the monitoring of hate speech across its apps, such as Instagram, and its young users. Maini stressed that moderation is essential with millions of people connecting to different platforms.

Maini stated that if you want to moderate that level of freedom, you will have to be extremely invasive. So we have two options. One, it can be chaotic, and everyone is allowed to do all the things, and then there’s sexism and abuse, and the other, it can be very controlled, and no one’s allowed to do any of those things.

It’s only a matter of time before immersive reality becomes a reality with the rapid pace at which technology is being developed.

Ratan stated that the web experience would change in many ways.