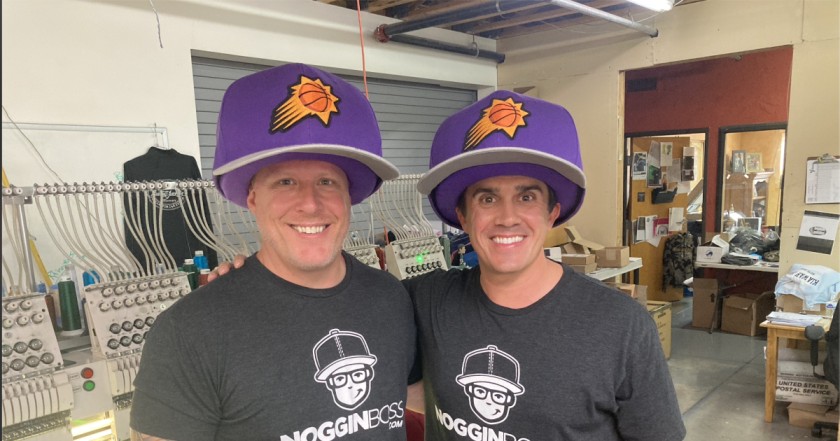 Noggin Boss Phoenix, manufacturer of gaudy caps, is scheduled to appear on “Shark Tank”. ABC will air a new installment on Shark Tank this Friday, with four interesting business pitches.

In Which Episode Noggin Boss Appears?

Shark Tank season 13 , episode 15, will present the Noggin Boss founders. The official synopsis for the episode will mention the company. One of them is Noggin Boss, which manufactures large baseball caps.

The owners and founders of Noggin Boss are two best friends, Gabe Cooper and Sean Starner. They were businessmen, college athletes and coaches for club teams. Their passion and love for sports led them to create a business together in 2019.

On the PGA tour, the two childhood buddies started Noggin Boss in the Waste Management Phoenix Open. In 2021, they were granted the right to use the team’s logo after forming a partnership in partnership with their team, the Arizona Cardinals. The team’s big hats were a success at last year’s NFL Draft in Cleveland.

Before joining forces with Noggin Boss, Gabe Cooper and Sean Starner ran their respective businesses. Cooper was the creator of Instant Media, a cutting-edge marketing solution company that serves multinational and domestic businesses.

Before that, he was employed at Peak Impact, a mentoring and consulting firm where he learned about selling strategies.

Also Read: Does the Adam Project a Sequel: Everything You Should Know | Sequel to Netflix Film Confirmed?

On the other hand, Starner has been involved in the creation of two companies.

One is a relationship management and marketing company for charitable causes known as Virtuous Software. The other includes Brushfire Interactive, an event management software. He is also co-founder of a fitness company known as Shotzoom.