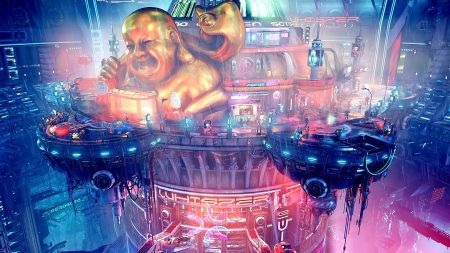 The latest cyberpunk-themed action game called The Ascent recently and is getting popular this week. Players eager to play this game have wondered whether it will support crossplay or coop.

The game was developed created by Neon Giant and published by Curve Digital, this game features an intriguing plot. It is set in a futuristic world known as the Veles that is ruled by a massive megacorporation known as “The Ascent Group.”

The company then falls apart creating chaos and a battle to control. The player’s role is to keep other factions from taking control and solve the mystery that led to the demise of The Ascent Group.

Crossplay is available through The Ascent but you won’t have a cross-platform experience. The game isn’t available on other platforms such as the PS5.

This means that the crossplay in The Ascent is limited to PC and Xbox. But there’s an exception.

The Ascent permits crossplay only among Xbox One, Xbox Series X|S players and players playing on PC using the Xbox application. That means Xbox owners cannot use The Ascent with someone who’s playing Steam. Steam game on their computer.

Is The Ascent cross gen?

However, there isn’t an accurate cross-platform play because it’s not available on other platforms such as the PlayStation 5.