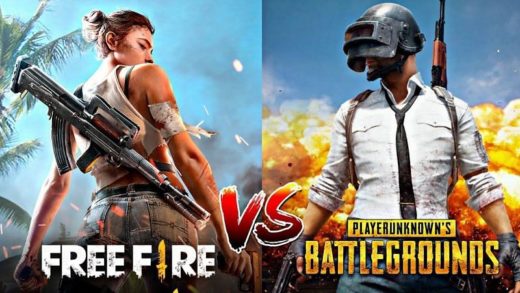 Pubg Corporation gained much popularity all across the world after they launched a mobile version of Pubg, i.e, Pubg Mobile. It is the only Battle Royal game that needs no introduction. Almost every person on this planet knows about this game. However, this game has been banned in India.

On the other hand, there is one more game, Garena Free Fire, that is very much similar to Pubg Mobile. Free Fire is also popular among the youngsters and there are more than 500 million downloads of this game on the Google play store.

As we know that it’s been more than three months since the Pubg Mobile ban in India, most of the Pubg mobile players are looking for another game to play. Now, if we talk about an alternative to Pubg mobile, there comes Free Fire.

In the Garena Free Fire, you can easily get high performance even in mid-range devices. Free Fire was made especially keeping in view the audiences as most of the people own mid-range smartphones. So, anyone, even with a low-end specs device, can easily play Free Fire without facing any lag issue or frame drop.

On the other hand, if we talk about Pubg Mobile, it requires a lot of free memory in mobile. You can play it smoothly only on a High-end device. The minimum ram requirement of a device to run Pubg Mobile is 2Gb. However, you can play it on a low-end device but with some lag and much frame drop.

Pubg Mobile has by far the most realistic graphics I have ever seen in any mobile game. Its concept is something really very unique that makes it different from other Battle Royale games. There are so many graphics options available on Pubg. You can play it in Smooth, HD, HDR, and Ultra HD.

Whereas, in Garena Free Fire, there are really simple graphics that may not seem much good as compared to Pubg mobile. But once you start playing Free Fire, gradually you will get addicted to it after some time.

Pubg mobile comes with interesting maps, some amazing houses, building-styles, and great control settings. Whereas Garena Free Fire also has interesting maps and locations but these are optimized for quick matching.

Game Environment in Pubg Mobile looks realistic such as Trees, Houses, and Characters look so real whereas Garena Free Fire comes with a decent Gaming environment.

There is no doubt that Pubg mobile includes a lot of weapons, from Pistol to Snipers, there are over 40 weapons.

Each and every weapon in Pubg Mobile has a different recoil control and aim. Each weapon has its own advantage. In addition, there are different skins for weapons available in the shop.

In Garena Free Fire, the set of weapons are comparably low in count as compared to Pubg Mobile. Also, there is likely no noticeable change in the shooting experience.

While switching from Pubg mobile to Free Fire, you are going to see a huge difference in the weapon set.

One of the major differences between Pubg Mobile and Free Fire is “Characters”.

Talking about Pubg Mobile, there are also different characters. Some of them can be unlocked for free whereas to Unlock most of the characters, you need to purchase UC. However, there is no special ability of any character. But you can customize the looks of your characters in Pubg Mobile.

All the above mentioned are the major differences between Pubg Mobile and Free Fire. You can also experience these 5 Major differences after you switch from Pubg mobile to Free Fire. In addition, both these Battle Royale games are good to play and each game has a separate fan base.