Will We See a Buzz Lightyear Fortnite Skin?

Since the very first Pixar movie in 1995, Buzz Lightyear has become one of the most memorable characters in any film. Toy Story grossed $385 million worldwide and received mostly positive reviews. Such a huge impact would make Buzz Lightyear, one of the main protagonists of Toy Story, an unforgettable character for children and adults alike.

Needless to say, the new Pixar movie Lightyear has only enlarged Buzz’s popularity, and massive popularity always leads to the development of a variety of products, the majority being toys.

With this in mind, it’s worth asking the question: what about video games? Will we see Lightyear video games? And most importantly, will we get a Buzz Lightyear Fortnite skin? 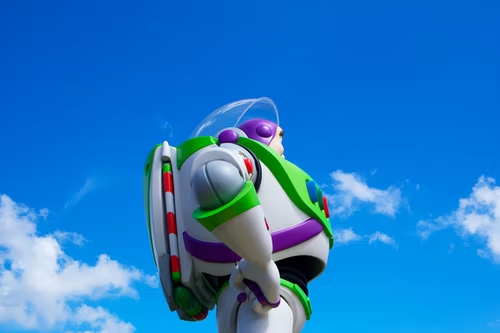 The story features space ranger Buzz Lightyear as the protagonist. However, unlike the character in the Toy Story franchise, this Buzz Lightyear is not a toy (No, Woody. He is not a toy). On the contrary, this time he is a real spaceman trying to return home. During his adventure, he makes alliances with a variety of characters who will help him find his way back home. Meanwhile, the galactic threat known as Zurg will try to put a stop to his mission.

All in all, the audience waited for Lightyear with high expectations. However, Lightyear received mixed reviews. Websites such as Rotten Tomatoes shows an 85% audience score, which is a high number. Contrarily, on IMDb, it received 5.3 stars out of 10.

One way or another, we cannot deny that this brand new Pixar movie drew attention. Not only attention from the audience, but from companies looking to use this character for their merchandise. Will Fortnite be one of those?

What Would Happen If There Was a Buzz Fortnite Skin?

A Buzz Lightyear Fortnite skin would probably captivate the attention of new players. That is to say, gamers that never played Fortnite in the past would be eager to give the game a try now. After all, a brand-new skin from a popular character is more than enough to lure children into the video game.

Take for instance the several Spider-Man skins that have been released for this battle royale. All of them turned out to be a successful addition, which of course boosted the game’s popularity.

Let’s consider that a new addition not only would attract new gamers but older gamers as well. A Buzz Lightyear skin could appeal to gamers who have given up on Fortnite, but playing as Buzz could be engaging enough for old-school gamers to return. So, Fortnite’s acclaim would drastically improve once again, as was the case with Spider-Man’s introduction.

Now, there is yet another question worth asking: Is Buzz popular enough to have his own skin?

Believe it or not, Buzz Lightyear is not as popular as most people believe. When it was researched by COMPARE THE MARKET, it was found that in the ranking of “Most Searched Pixar Characters”, Buzz doesn’t even appear in the top 3. In fact, the third position belongs to Nemo. In the second place, we have Mike Wazowski from Monsters Inc. The gold medal goes to the beloved robot Wall-e.

If you take a look at the following map, you’ll realize that Buzz has been looked up only in only a handful of countries, including Peru, Venezuela, and Nicaragua.

However, it’s safe to say that being ranked at all is already a noteworthy achievement. After all, there are hundreds of Pixar characters that could have appeared on the list.

Plus, let’s consider that a Nemo or Wall-e skin would not fit the context of Fortnite at all. So, maybe Buzz will get a skin or two after all. Once again, this leads to another question. In the hypothetical case that Buzz is a playable Fortnite character, what skins would he get?

Buzz could get a good number of skins to choose from, including all the space suits that he wore in the movie. Also, wouldn’t it be great if we saw the original Buzz from Toy Story running, jumping, and shooting in a match?  That would definitely attract gamers of all ages.

Furthermore, we might find Buzz doing funny dances and emotes. Maybe one where he proudly expands his plastic wings or another where he uses his all-time classic laser. Not to mention, we are dying to see Buzz dancing Flamenco as he did in Toy Story 3.

We already have Lightyear Funko Pops and action figures, but we would expect more merchandise to come directly from the video game, like cosmetic items, gliders (maybe Buzz’s plastic wings) or special weapon wraps (probably Andy’s room wallpaper with the blue sky and clouds).

Nonetheless, it’s impossible to think that Buzz wouldn’t receive official game-related merch. Moreover, we could expect to see stickers. Although they would include a variety of characters (not only Buzz), we would have our favorite space ranger for between $10 and $15 per pack, depending on the number of stickers.

So… Will We See a Buzz Lightyear Skin?

All in all, the only thing we can do is speculate. Although the new movie received mixed reviews, it has become so popular that a Buzz skin is surely on the cards. Naturally, it would be beneficial both for the movie and the video game. A win-win situation, or a total failure? What do you think? 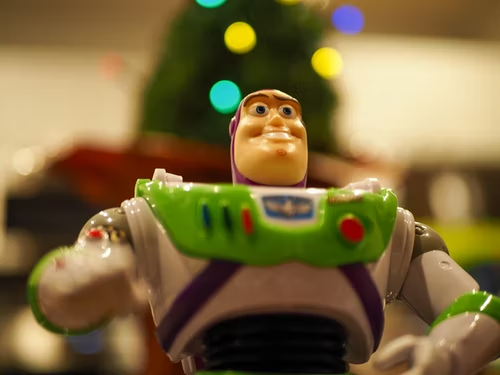 Time will tell whether we see the Star Command astronaut as a Fortnite playable character or not. In the meantime, let’s enjoy matches with our friends and the characters we already have. Who knows? Maybe one day we will receive the good news and find Buzz in the menu selection.

Steve
Got stuck in a game? Don't worry, I am here to solve all your queries and give you some hacks about your favorite game.

Create your next great idea with Cloudflare Pages

Everything you should be aware of regarding Facebook’s Oversight Board

© 2020 ClutterTimes. All Rights Reserved. Made with Love.