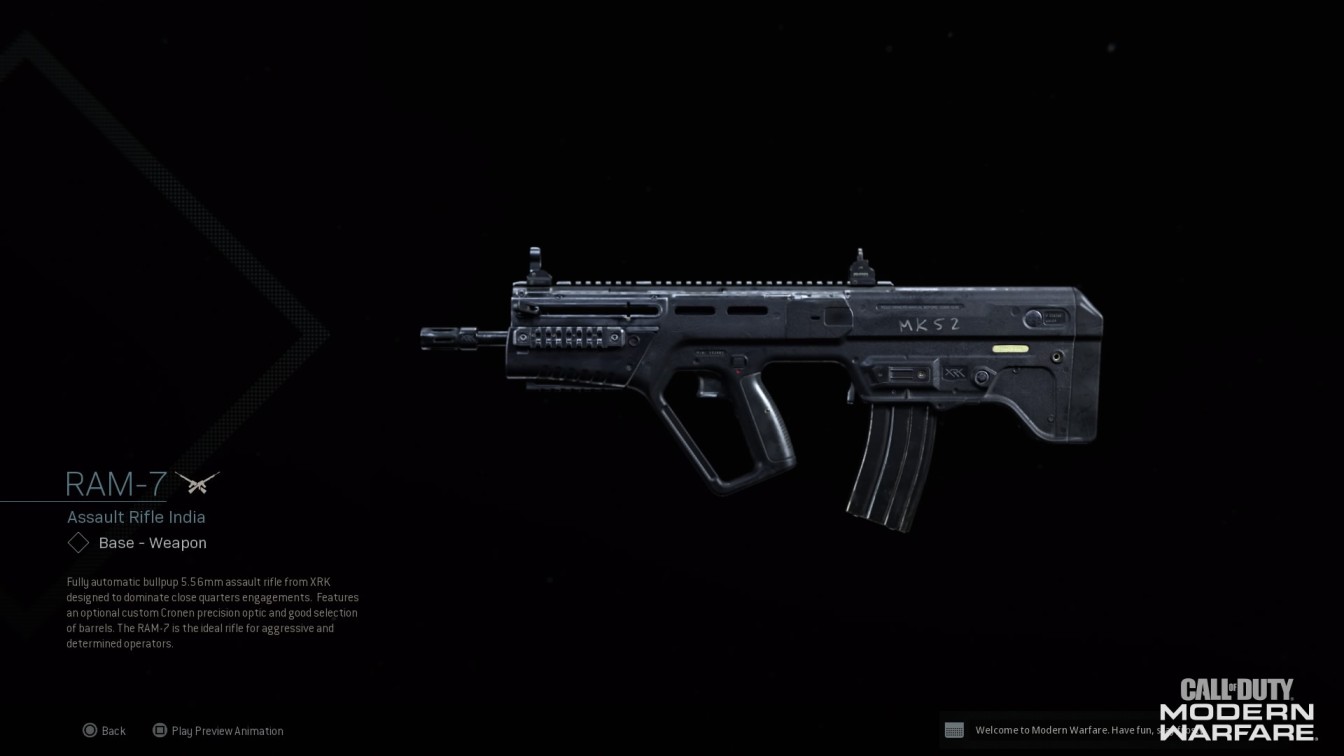 RAM-7 is an automatic bullpup assault rifle. The mobile nature of the RAM-7 has the potential to slot perfectly into the metagame. Because of the low close-range performance of the M4A1 and MP5, RAM-7 takes advantage to act as a perfect weapon in the modern warfare metagame.

The RAM-7 is also known as TAR-21 and it was introduced in Call of Duty: Modern Warfare. It is manufactured by XRX. It is a classy assault rifle with a compact design. It is a fully automatic primary weapon used in Warzone. It can be used in both close ranges as well as in long-range. RAM-7 can kill in one shot in close quarters.

Not everyone can use this bullpup rifle efficiently. Also, you have to unlock it first. Below you’ll find the information about how to unlock RAM-7, its setup, the RAM-7 warzone loadout, and finally the best loadout attachments for RAM -7.

RAM-7 Warzone Loadout & How To Unlock It?

How to Unlock the RAM-7?

To unlock this weapon, you need to get 2 headshot kills in 25 different matches using any assault rifle. This gun is only unlockable by playing the Modern Warfare Multiplayer or in Warzone. If you want to get it in Warzone, the easiest game modes are plunder and resurgence.

You can down the enemy in whatever way you like but remember that you have to headshot and kill the downed enemy with an assault rifle. When you are in plunder, go to crowded places where you know you can get headshot kill with a rifle.

You have to kill your enemy yourself. If you play with your friends, tell them not to kill your enemy and if you are solo, do not forget to kill the enemy by headshot. You can just count your headshots kill and leave the match when you get two of them. You have to do the same in 25 different matches to unlock RAM-7.

Monolithic Suppressor delivers sound suppression and increased range. It helps to move easily and quickly and also increases moderate weight. But its ads might not be so good.

Heavyweight angled grip helps keep the weapon steady while aiming. It also helps maintain control during a heavy fire in the warzone. The foregrip has recoil stabilization as well as aiming stability.

RAM-7 only has the 50 round mags. Magazines hold 50 rounds of 5.56 NATO ammunition with a slight weight increase. By equipping a 50 RND mag for your RAM-7, you don’t have to worry about reloading your weapon frequently.

Best Secondary Weapon You Can Use With RAM-7

You can use your favorite gun with RAM-7. But there are two guns that many players recommended. Those two weapons are MAC-10 and Kar98k

RAM-7 is a fully automatic assault rifle and thus, can be considered as a powerful primary weapon. You can use it in both close-range and long-range gunfights. But make sure to pick the secondary weapon with this primary assault rifle and play the challenges.