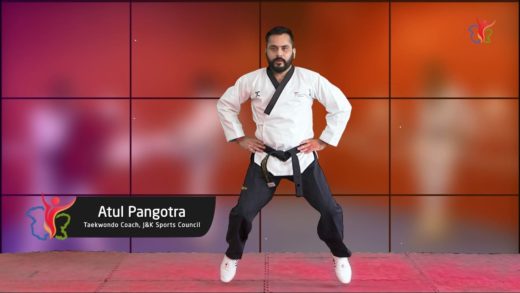 Atul Pangotra is an International Taekwondo referee/coach/player from Jammu, Jammu, and Kashmir, India.

He is the only player from J&K state to win silver and bronze medals in the Commonwealth Games in Taekwondo. In addition, he has represented India by participating in several international competitions.

He graduated from Jammu University in 2006 and a diploma in sports coaching {N.I.S.} from Sports Authority of India, Bangalore in 2008.

He is a physical education teacher and works in the Department of Youth Services and Sports, Jammu and Kashmir.

Atul made history after his selection as one of the head coaches assisting the Indian National Taekwondo team at the Senior World Taekwondo Championship, which was held in Manchester (from May 15, 2019).

International coach Atul Pangotra has been awarded Sher-e-Kashmir for outstanding performance in sports.

Currently, he is the coach at Atul International Taekwondo Academy (AITA).