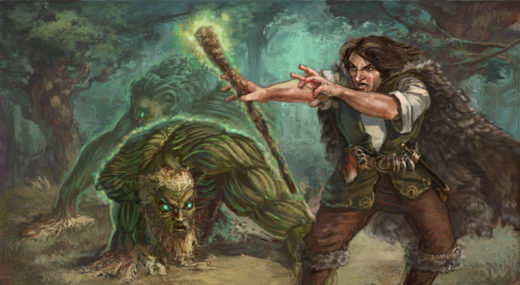 Shillelagh 5e: In this spell, your character is infinitely versatile. You can cast huge AoE spells to destroy the enemies in the spell and pump out healing in the fight to keep your friends in the match. You can shapeshift into a wide variety of animals. You can give your enemy a good smack with this spell with the help of your trusty club or your quarterstaff.

Features of the spell Shillelagh 5e

The school of the spell is Transmutation. The casting time the spell is going to take is one bonus action. Talking about the range of the spell it is itself. The components of the spell include verbal, somatic, material and in material, it includes a shamrock leaf, a club or quarterstaff, and a mistletoe. The duration of the spell is one minute. The class that the spell belongs to is a druid.

This spell will end if you will cast it again or in case you will let go of the weapon. The weapon in the spell will be magical if it is not already. You can use this spellcasting ability instead of the strength for the attack and also the damage rolls of the melee attack that are using that weapon and then the weapon’s damage will become d8.

For attacking with your club or quarterstaff you need to follow the formulas and for an attack roll, it is 1d20+strength modifier+profiency bonus. For the damage, it is a 1d8+strength modifier. You should know that your wisdom score will be higher than your strength score.

This spell would become handy when you will find yourself needing to deliver some swift bonks to the enemy’s head in order that would make Rafiki from the lion king proud.

There are many reasons to use this spell and some of them include that there will be many situations in the game where you will need to attack and you might be short of wild shape uses and you need to attack it now with your weapon. And also you don’t want to burn a big spell on a weak enemy.

It is very helpful to use the wisdom modifier on several attacks and give damage. The main pro of using this DnD spell is that your weapons will become magical for the duration. Monsters will resist the nonmagical damage and it can be particular;y dangerous. As the action time this spell takes is only bonus action and it will last for a minute you will get ten rounds of this buff. That would be more than enough time in most of the situations.

Talking about the con of using this cantrip that is it will not increase as the level increases. It is because of the reason that it will get one attack action as a druid and you are dealing with 1d8+WIS damage at the most per turn.